The red packet culture initially was common in China, and had been long embed into the Chinese culture for centuries. After the migration of Chinese to other parts of the world, the culture had also been spread across nations.

Red packet giving is deem as a good cultural practice that allows monetary gifts to those in need, such as younger generations, students and singles. In the exchange of the monetary gifts, there lies a blessing with each gift. It is practice also in event of thanksgiving and joyful celebration like weddings.

However, the original word that had been coined for red packet is Hong Bao (红包), which literally means red packet or red envelope in English. (Hong means red color, Bao means a packet or a envelope that use to wrap something up). The is no issue for user in mainland China as they use the native word of 红包. However across the world there is many variation of naming the red packets.

Lets do a simple keyword search using Google Trends and look at what is the most common word being used in the internet that refer to the same items in English Context. However this may not be the exact representation of the actual usages due to lack of information and privacy terms in certain area.

Over the past 5 years, there is a obvious trend on how internet user search for each of the term “Ang Pow / Ang Pao / Hong Bao / Red Packet / Red Envelope”. Most of the terms follows a similar patterns, most people will search for red packets during Chinese new year.

Red Envelope may also refer to a Letter Envelope or Document Envelope which is red in color. This is why “Red Envelope” search will appears as a dual peak in a year – December holidays and Chinese New Year. Most will refer red packet as a Chinese Red Envelope for better clarification.

Wondering why The term “Hong Bao” is almost always static throughout the years ? It is mainly due to Transliteration of similar names in Person, Restaurant and Companies. This actually complicates the true apples to apples comparison. From the search trends, one country can use different variation of names according to their native translations. Majority of the American Continent will prefer the word “Red Envelope”. Ex British colonials like India and Australia will prefer “Red Packet”. South East Asia region have more diverse of choices from “Ang Pow”, “Ang Pao”, “Hong Bao”, “Red Packet” and “Red Envelope”. The breakdown of comparison of different search terms in America. Source:- Google Trends

The breakdown of comparison of different search terms in Canada. Source:- Google Trends The breakdown of comparison of different search terms in India. Source:- Google Trends The breakdown of comparison of different search terms in Malaysia. Source:- Google Trends The breakdown of comparison of different search terms in Indonesia. Source:- Google Trends The breakdown of comparison of different search terms in Phillipines. Source:- Google Trends

The reasons behind the diverse choices of name in South East Asia is due to its multi racial, multi ethnicity and past history of different colonization. Malaysia, Singapore, Indonesia, Brunei will prefer the word “Ang Pow” as similar in saying in Chinese dialect – Hokkien . Vietnam and part of Indonesia will also use “Ang Pao” similarly.

The Earth is a big place to live in with many different cultural backgrounds and influence. To find a best word to standardize globally can be difficult at times. Hence it is recommended for global search of red packets, if one keyword is not enough, try others, there are places in the world that don’t use the same words for the same item. 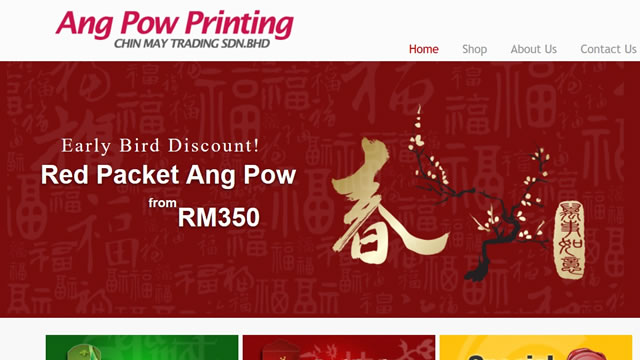