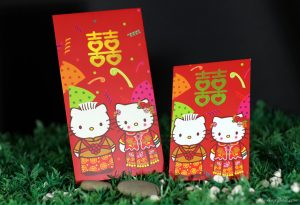 Chinese Red Packet, is known by many names: Red Package, Red Envelope, Ang Pow, An-pao, Laise etc. It is the core of the Chinese culture and believes, and is still been practice in china and other part of the world, mainly Chinese populated areas. It was also adapted into local cultures of many areas of Asia.

In Chinese and other East Asian societies, Ang pow is used as a monetary gift (contains money) which is given during Chinese new year, Weddings, graduations, birth and other special occasions. It represent a gift of blessing, usually from the elderly/older relatives to the younger relatives under 25-30/students/without jobs, from parents to children, or from marriage couple to unmarried/single relatives.

Ang Pow is also a method to repay a favor to lion dance performers, religious practitioners, or anyone who had help up as a token of appreciation.

Next >> Ang Pow, in other names