The History of Ang Pow

The history of Ang Pow dates back to the Sung Dynasty of China. A village called Chang-Chieu being invasion by a huge evil undefeated demon at the time . The demon was finally defeated by a young man armed with a magical sword which he had inherited from his ancestors. The villagers were triumphant and the elders presented the brave young man with a red envelope filled with money for his courage and bravery in saving the village from the evil demon. Since then, the ang pow has become a part of traditional Chinese customs when giving gifts. 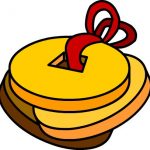 During the Qin Dynasty of china, elderly people would thread coins with a red string which was called 压岁钱(pinyin: yā suì qián) which literally means “suppressing age money” or in other words money to suppress aging as believed to protect the elderly from sickness and death and stop those of all ages from growing old.