In the early days, people can make their own Ang Pow by cutting red paper and form a classical red envelope. Although the envelope is plain, the meaning of blessing is still equivalent to more complex designs. Occasional words of blessing is written on the red paper envelope by using a calligraphy pen.

Plain Red paper Ang Pow are not routinely seen nowadays, but occasionally can still be found used in temples. Another similiar variant is the plain Pink paper Ang Pow.

When printing press improve in quality and multi color printing , Ang Pow starts to become more complex, the most common ones are Ang Pow with calligraphic wording of blessing and poems readily print on them, readily usable with self adhesives. 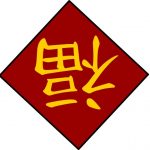 Common words appears on ang pow such as:

Chinese culture have a very strong hold on symbolism. Some Ang Pow have various graphic motifs and symbolic drawings drawn to represent different type of blessings and wishes. The most common ones are as below :

Another genre of Ang Pow is Ang Pow based on current Chinese Zodiac(生肖; pinyin: shēng xiào) year. The Chinese Zodiac is based on a repeating twelve-year cycle, where each year is related to an animal sign, namely in order:

For example, in year of monkey, the Ang Pow will portray a figure of monkey. These Ang Pow can be recirculates every 12 years as every 12 years it complete the cycle and back to the same animal sign. These Zodiac specific Ang Pow can be a great collection as it represent a specific year. Some collector collects Ang Pow that represent animal sign of his/her birth year.

As Ang Pow become more commercialize, Banks and Companies release their version of Ang Pow with their company logo, and release them as free gifts upon purchases or over the counter. As this Ang Pow circulates among the populations, it brought effect of advertising of company and products. Occasionally voucher or QR codes are printed at the back of an Ang Pow and can be treat as discount vouchers after Ang Pow is used.

The more recent ones being e-AngPow or digital Ang Pow (Ang Pow without envelopes) offered by certain banking services or mobile apps, where convenient of internet banking allow monetary gift to transfer across nations and hence distance is no longer a barrier.

Next >> The History of Ang Pow